Is there room for a better, new form of government? 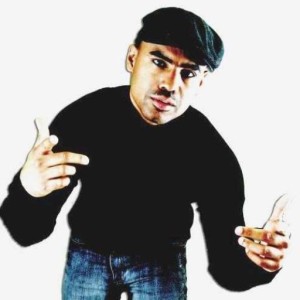 Is there room for a better, new form of government?

Democracy is actually an extremely outdated form of government, if you analize it closely, it was formed somewhere around the year 508 or 507 BC. It has been over 2500 years since that type of government was introduced, and it was meant to be a way to rule, for the people by the people. It sounds great, but as we all know, it is not a perfect system.

Besides Democracy, there’s been other numerous forms of government in the world that also I haven’t worked out well, Communism, Socialism, Republic, Monarchy. All have been proven flawed. As humans we have tried to rule ourselves in the best way possible, and we still haven’t reached the best way possible. A way that works for everyone.

What we’re currently doing in society is trying to take Democracy and “make it better”. I’m not convinced that has ever worked with any type of government. We’re amending things, and fixing this and that – and it doesn’t yield results. Instead it has resulted in turmoil and chaos. The reason? Democracy is an outdated form of government and there’s really no reason why with so many brilliant people in the world, no one has cared to come together to think of a better way.

I’m not talking going back into the old methods of government and and fixing those, but I am talking about thinking of a new way of governing ourselves. We should be using a lot of the resources that we have nowadays, like technology for example, and combine it with some of the new information (“new information” meaning since Democracy was developed by the Greeks) and understanding that we have about our planet and ourselves, and absolutely think of a better way of governing.

That’s why for a long time I’ve been working on a new form of government that I believe can be be a step up in the way that we rule ourselves. The question I’m posing is, How can we rule ourselves better? Is there really be a way for leaders to be transparent and for everyone to get a fair piece of the pie? I believe is

I’ve been working on this huge idea, and perhaps I won’t even see it come to life in my lifetime – but I believe the seeds of such concept – or at the very least – maybe starting the discussion of something bigger – something better.

I’m obviously not going to going to full detail in this blog post, since there are so many moving pieces it’s best to release sporadically, but just to give you a little brief idea, I’m talking about a revolution in the way that we see everything – including the way that we record history, the way that we develop development itself. Development, or to be honest, brand new, radical ideas in education, politics, business and the monetary/trade system.

I’ve gone as far as restructuring mathematics. This is because I believe that math has been used as a universal language in the world, but it is really only works for those that adhere to certain mathematical concepts. These concepts will focus the attention on everyone’s strength, and this will lead the world to continue developing at a faster pace, and our evolution will also speed up.

As all of this develops more, I’ll continue releasing. I’ve never wanted to post about it before because I didn’t feel I was ready, or even the people around me were ready. But after certain health development in my personal life, I feel like it’s now, or never.

I think that we all can agree that democracy hasn’t really worked, in its current form, and that perhaps “fixing it” is not the fix. We’ve been “fixing democracy” since it began. A great life and a great government begin with the people. I’m here to share ideas and I’m open to discussions about it all. It will be a long process, and and there won’t be a one-size-fix-all solution. But the good news is that there will be many solutions, because we have lived a long time as a human race in this planet, and it’s time for us to evolve to a higher plateau, way of thinking, and part of that is a better form of government.