How to Sell to the Latino Market 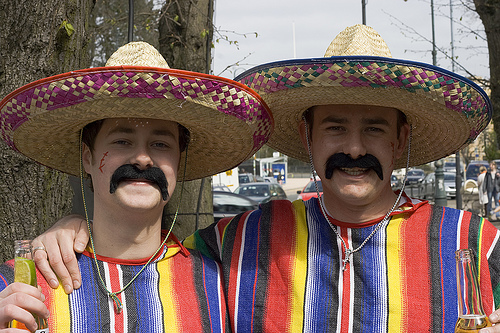 Imagine taking more than a dozen countries and trying to sell them something just on the fact that they may share a common language.  Try to sell sell them something disregarding cultural differences, religious influences, economic factors, etc.  That would be absolutely idiotic.

So when you sell to the “Latino Market” you’re basically casting a fishing line randomly into the ocean hoping to catch some fish, all while guessing what kind of bait Latino fish might like.  The fact is that it is not that simple!

I laugh when I read research explaining how “Latinos like this…” or “Latinos like that…” That research is as primitive as when people used to think that sick people were possessed by the devil.

Want a good example of good selling to “Latinos”?  See McDonald’s.  They don’t make a “Latino burger” to reach the “Latino Market”.  Instead, they make the same burger any other American buys and they sell it to Latinos.  There’s no need to add Horchata to their milkshakes or jalapeno to the Big Mac (although, those are some good ideas I’ve had).  If Latinos eat Big Macs is because they want Big Macs.  They’re not asking for a “Latino Big Mac”.  That doesn’t even sound appetizing!

Same issue with Television.  “Latino shows” fail horribly, not because they’re bad shows, but rather because no one wants to watch a bootleg version of an existing American show.  “Latino Seinfeld” or “Latino Friends” sound like the dumb version of the real show.

Latinos in America watch American Idol, Family Guy, Biggest Loser or whatever else, and they have nothing to do with “Latinos”.  They watch those shows because they’re GOOD SHOWS. Period!

I sometimes also hear people complain that Latinos don’t support our own product.  That’s false.  If Latinos have to make a choice to watch a movie, and they have two options:

OPTION #1 is SPIDER-MAN – with all its special effects, great characters and excellent story.

OPTION #2 is CORAZON DESTROZADO – a coming of age story told from an artistic perspective about an illegal immigrante that overcame obstacles and crossed the border to work as a dishwasher in an East LA restaurant after his mother got killed by the drug-trafficking coyote who molested him.

Most Latinos will probably go watch Spider-Man!  It’s just sounds like a more entertaining movie!  Besides, why would anyone (Latino or not) spend hard-earned money only to “support” something simply because it’s labeled “Latino”?  That’s a stupid financial decision, especially in this economy.  If I’m taking a risk with my money, I’m going to watch a movie that has a good probability of being good, regardless if it’s a White, Black or Latino movie.

People from ALL RACES AND ETHNIC BACKGROUNDS want to be ENTERTAINED.  No one wants to feel guilty and forced into supporting something that’s not appealing just because it’s “Latino”.

A great example of someone who reaches the so-called “Latino Market” very effectively is Guillermo Del Toro.  He doesn’t need to make “Latino” movies.  All he needs is to make GOOD movies.  Believe it or not, Latinos happen to like good movies, along with everyone else in this country, regardless of ethnicity.

If Latinos made movies that EVERYONE liked, then those movies would be successful.  It’s important not to blame the audience because they don’t want to go watch a depressing story about the struggles of being Latino and how being an illegal immigrant is hard.

People go watch films to be entertained.  To enter a world of fantasy for a while.  To escape reality and enjoy a good story. Sometimes heartbreaking movies could be well received, but if you want to reach a certain level of success with Latinos, DON’T PATRONIZE!  Make a good movie and watch Latinos, Anglos, African-Americans, Asians and everyone else all come and “support” your product.  Don’t “beg” and “force” Latinos to “support” you because you’re “Latino” or because you add “Latino stuff” to your crap.

The Sopranos was a story about an Italian family, and this ended up being a great TV show.  The show was great because it was a good show on its own merits, NOT because it was an “Italian show”.

So when you market to Latinos with crap labeled as “Latino”, all you’re doing is making Latinos feel like they’re not good enough for general products.  That “they” must have “their own thing” because “they’re” not smart enough to understand and appreciate a quality general market product.

There’s a reason Latinos buy cars and they don’t buy “Latino cars”.  No want wants to drive around in something that labels them.

Lastly, DO NOT THROW-IN SPANISH LINGO thinking that Latinos will love it!  It’s very stupid and sounds even worse.  You can’t have an inferior product and then expect that a few Spanish words will have Latinos flocking to it.

Pretty much, if you make a product that YOU LIKE, chances are other people will like it as well – and chances are that some of those people might be Latino.  That’s how you reach them.

15 thoughts on “How to Sell to the Latino Market”